May or may not be an organized guild activity.  Heroic raid times may end the night with normal boss kills at first depending on gear levels in the raid and number of consecutive wipes at a heroic progression boss.  Personal loot

Anyone may join that has 630+ ilvl and an understanding of their class and basic knowledge of raid boss mechanics (via videos, write ups, normal or LFR kills).
Organized, loot managed, and scheduled.
Invitations sent via in-game calendar based on ilvl on November 27th -- if you are not invited then but feel you should have been msg Fitsi (wait until the 27th November)
Tuesday & Thursday starting at 6:30pm server time, 5:30pm PST, 8:30pm EST == 2.5 hours
Saturday starting at Noon server time, 11am PST, 2pm EST == 3 hours.
Loot = modified suicide kings – described in detail in another thread

I will be out of town until the 29th of November (starting the 21st) so I may not be up to ilvl 630 by the weekend of the 29th (hampered by the first 3 days of not being able to log in). But ill be there the following week.

Best be seeing an invite ;P 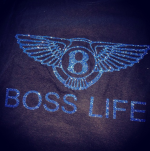 lol, i think 630 is a bit extreme the longer i think about it.  630 would have worked in a world with 15 minute long heroics.

I'm thinking 630 is something we should strive for but less of a hard and fast, heartless cut off.

I will go through the roster soon and see where everyone is at and what we can do to help.  This weekend should set a record for number of heroics run.  Also, the anniversary event is out with a free epic helm which will help.

You're my favorite West Coast Canadian shadow priest in the guild Myz so i wouldnt lose any sleep over it.