Serious question- when are you planning on starting to use this?

Id assume when we start progression

when we start raiding 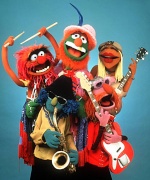 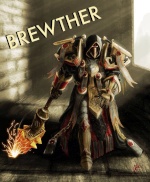 So how will this work if we end up pugging?

To deal with this and stay fair, let's say a caster ring drops and our pug is a Mage, well he rolls and so does all our casters, if the pug does not win the item the ring will go to who ever is highest in the SK list regardless of roll. And if the pug beats everyone then it goes to them no questions asked.

Brew,
That won't be an issue very much. Maybe with mythic. But as flexible raids go, which we will be on mostly, and rarely (if ever) pugging during mythic, this situation won't happen. Maybe later on in tier. With flex, we will only be running with guildies until we turn blue in the face, 10-30, and we have tons of ppl geared. Also, I think Mythic will be the same, lots of ppl geared and ready to go. I fear we will be sitting people more than we will ever be pugging. But, if it comes down to a pug, those aren't bad rules, but if they win one, they get suicided (word?). Or they start at the bottom? Or, at the beginning of the raid, have them roll for each list to put them in order on a 1-n (number of ppl in raid currently) for each list and have them start there? Just suggestions. HOpefully, we don't ever have to deal with it.

I agree with you sparks I was just responding to Miss and what my experience with the SK system and pugs have been.

I'm hoping we do not ever need to PuG heroic mode. We should have enough back up on healers and tanks and of course its flex 10-30.

If we did though, we would run as brew described. the pug would have to beat our rolls. We could say prior to bringing the pug that for loot they would always roll against 3 or 4 ppl. As long as its up front.

For mythic idk what we'll do for loot. maybe the same thing, maybe something designed to put loot where it needs to go for the raid. That will be a bunch of weeks away so we'll have a little roundtable before we start and figure it out.

Shawn had everyone roll except 3 people who we couldnt find online.

There are 2 ties that need to be broken and 3 ppl who need to roll.  Officers will do these rolls tonight and screenshot them for the paranoid.

Below IS NOT FINAL -- but is very close to what the final will be, tomorrow.

[You must be registered and logged in to see this link.]